Drunvalo Melchizedek believes that meditation is the path to accessing sources of information (the Akashik Records). Moreover, through meditation people can receive guidance about spiritual progress. You can also clear your mind and body as well as achieving higher levels of awareness.

Drunvalo’s active spiritual life has begun when he learned to access a different kind of consciousness through meditation. Аs a result, two light beings (angels) appeared to him. Since then they have become his companions. By their guidance, Drunvalo has been led to meet and receive knowledge from more than 80 different mentors. The knowledge they taught him is about the many aspects of spirituality, and mainly – different kinds of meditation-techniques.

The Ancient Secret of the Flower of Life, Vol. 1 (228 pages; published in 1999), an outline of sacred geometry, plus theories regarding the ancient civilizations of Lemuria, Atlantis, Ancient Egypt).

The Ancient Secret of the Flower of Life, Vol. 2 (476 pages; published in 2000), the Mer-Ka-Ba, Merkaba meditation, the five levels of consciousness).

Living in the Heart: How to Enter into the Sacred Space within the Heart (with CD) (112 pages; published in 2003). Within the human heart, there’s a sacred place where the world of illusions, in which all the Creation lives, can be remade through conscious
co-creation.

Serpent of Light: Beyond 2012 (320 pages; published in 2008) – the story of indigenous people around the world and their ceremonies about the movement/ relocation of the Kundalini Serpent of Light.

By Drunvalo Melchizedek and Cal Garrison is The Astrology of 2012 and Beyond (224 pages; published in 2009), an easy-to-comprehend guide of the astrological trends for the year 2012 and beyond).

The Drunvalo Melchizedek new book is titled The Mayan Ouroboros: The Cosmic Cycles Come Full Circle (200 pages; published November 2012), with details about all the experiences he has had in the past few years with various native peoples and tribes worldwide, and about the ancient knowledge of their elders – to better understand the unique time we live in.

The Flower of Life 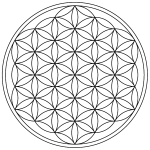 The Flower of Life is an ancient religious symbol of sacred geometry (like “The Tree of Life” symbol in the Cabala). It contains the encoded creation pattern for the fundamental forms of space and time. It’s just like a graphical expression of the connections between all sentient beings, and with the life force itself. Pertaining to the Flower of Life symbol are the symbols of the Vesica Piscis and the Borromean rings. Which are ancient religious symbols as well as concepts. They are kept in secret by many religious orders in all the great civilizations around the globe.

As a symbol of Sacred Geometry, the Flower of Life pattern is comprehensible only through an intuitive approach. Although, it is a very pure and mathematically simple concept of harmony and symmetry.

Merkaba is a 17-meters-diameter energy field surrounding the human physical body, consisting of two counter-rotating tetrahedrons. They are constantly spinning at the speed of light. Through meditation, this field can be amplified.

The utilizing of human light-body leads to ascension. Mer-Ka-Ba is a vehicle that allows us to travel between different dimensions. It is a state of awareness, that will be a common feature of future humanity. Drunvalo Melchizedek speaks often about the Indigo and Crystal children, about the miracles they perform – present and future.

The sacred space in the heart (a physical, chakra-like center in the human body, through which the intent for creation is possible). This concept describes the two ways of manipulating the material world. The first one by the Mind (the aggressive, discordant, active type). The second by the Heart (the harmonic, passive type). 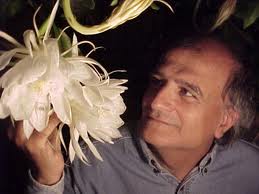 The first type is self-energy demanding to be maintained, and surely it’s not cheap. For example,  the black magic phenomena, the politics, the industry, the ongoing presence of conflicts and wars, the stress level of the whole society, and so on. The Heart uses the energy of the Universe, utilizing the idea of Oneness, which is self-maintained. The manipulation-through-mind activities consist of the consciousness of many (I-Am, and you-are). However, the intent-through-heart is the consciousness of One (I-Am-You, and You-Are-Me).

The Kundalini (Serpent of Light, as Drunvalo Melchizedek, calls it) is an energy stream. Besides, it is running from the center of the Earth to its surface at different positions/places throughout history. For example, the continents Lemuria and Atlantis. One complete cycle in a fixed position for the Kundalini energies is 13,000 years. The current position has been in the Tibetan Mountains for the last 13,000 years. However, it’s now moving to a new place – in the Andes Mountains of Chile and Peru. The movement of this particular energy pattern forms a new “Unity Consciousness Grid”, which is playing a major part in the shift in consciousness on our planet. The time frame for this event is the biblical “End of Times” is lasting 5 full years. Begining from 24th of October 2007 (when the Hopi prophecy of the Blue Star was allegedly fulfilled) to 24th of October 2012, close to the Mayan-prophecy date of 21st of December 2012.

The Unity Consciousness Grid is a network of connections between the energy patterns of different sacred sites worldwide. For example, most of them are ancient temples. Besides that, they are maintained by special crystals and creating a grid, supporting the “unity consciousness”, or the Oneness of the Creation.

According to Drunvalo Melchizedek, the level of the collective consciousness of all living creatures (predominantly, of human beings) is a reason for the real and observable changes, which are about to happen in this physical world.

Drunvalo Melchizedek has attended many meetings, lectures, interviews, ceremonies, all around the world. Including many people from different social classes.  They intend to focus the thoughts of the awakened human beings on the issues of self-improvement, spiritual growth, and harmony with Nature / Mother Earth / Maat.

The Drunvalo’s relatively recent involvement in a series of talks and ceremonies with indigenous peoples. What’s more, these people are mainly in the Americas, also in Australia, and Africa. These talks have the sole purpose of facilitating the successful movement of the Earth’s Kundalini energies (Serpent of Light) to its new location, thus commencing the new cycle in 2012, for the next “female-consciousness-dominated” 13,000 years.

Drunvalo Melchizedek has issued the video-project “2012: Prophecies From the Heart“, emphasizing specifically the living-in-the-heart concept.