A Fake Hoax or a Drunvalo Melchizedek Fraud?

The subject of Drunvalo Melchizedek as a fraud and the question: “Is Drunvalo a fake person and were his teachings also a lie?”. 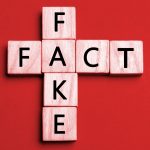 As the alleged end of the world is coming closer this is going to be more and more searched. I can’t tell you what’s right and what’s wrong. However, the “Drunvalo Melchizedek fake teachings” are a subject about your very own dignity as a human. Furthermore, you are a sentient being who has a supreme ability to see the reality for yourself. Also, on the one hand, you can judge for yourself. On the other, you have the ability to know the difference between right and wrong.

First of all, when speaking of Drunvalo as a hoax and a fake personality, many people accuse him of being promulgating the intrinsic to the Freemasonry idea. They believe that humans are gods by default. Freemasons? Who is free here, anyway, and who is a mason?

So let me answer the question. We all are free to decidе how we want to

live, for what purpose, based on what idea(s), and what we can do. The rest is called “Destiny”, it’s defined by your time and your decisions, and whoever complies with its destiny is going to fulfill it – “doomed to success”. Is Drunvalo the authority to tell you about your destiny? Is your family or your best friend that you trust most? Is the Government that big for you? Do you trust the clergy enough to allow them to do that? Am I that authority? No – you! You decide! You measure, you know, you do, you stand and fall! It’s all about you here, and not about Drunvalo.

The “fake Drunvalo” offers you to choose positivity, purposefulness, a time of now full of real-life and a future of light by reason, but you are free to choose the fad of the troubled times, the Day of Judgement for all your socially defined sins, to choose a mind-set based on hope and not on true life experiences. 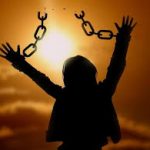 Voila – you got your new best religion, best suited for a new era, with its best new limits defined by the best different morals, by different shepherds, for the same herd of packed animals destined to live another eternity of doubts.

I thank the human able to call himself Drunvalo Melchizedek for his “fraudulence”. Due to, his participation in the process separating the spiritual beings of life from the best animals. If you know – you know it. So if you don’t – it doesn’t matter, for anyone.

Yep, Drunvalo Melchizedek might be a hoax, a big-time fraud, the 2012 best New Age scam guru. Try to figure it out!