Who is Drunvalo Melchizedek?

Who is Drunvalo Melchizedek and what is Drunvalo’s biography – the “celestial/stellar history” of a spiritual being. I’ll start this survey with the short answer to the question of  “What does the name Drunvalo Melchizedek mean“. However, keep in mind that a name is a quality and always a statement, linking a material and spiritual identity. So in Drunvalo’s case, it should be considered as a “mission title” more than a pseudonym, or whatever.

According to the man himself, “Drunvalo” is a druidic name meaning “a little tree on the edge of a stream”. It was chosen for and given to him “by others”. Follow this link to read more about what does Melchizedek’s name mean and what does Melchizedek has to do with Christ. It suffices to say here, the name “Melchizedek” in Hebrew means “my king is righteousness”. The very comparison of Melchizedek to (Jesus) Christ may give you some clues. About why some refer to the Melchizedek name (title) as a symbol for the “first diminution of consciousness from the Nothingness”. Drunvalo says there are over 100000 levels of consciousness preceding the All Is One realm. 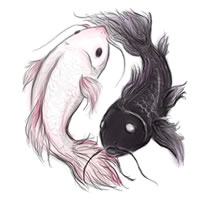 Have you heard of Machiavinda Melchizedek? It is a spirit assigned from the Galactic Center to be with humanity from the moment it was created. Naturally, there are 2 fractions (types of consciousness) opposed to each other in every way imaginable. The good one is called “The Great White Brotherhood” (from which is Machiavinda), the bad one is called “The Great Dark Brotherhood“. So the former is e-volution (positive, progressive), the latter is de-volution (negative, regressive). These two forces tend to balance each other out to allow changes to take place at the perfect time (neither too soon nor too late). Our current world is 3D (3rd dimension). However, when viewed from a higher level (4th+ dimension) all “good and bad guys” form a united consciousness. Which are different aspects of the One Creator working in harmony. That’s why in our polarity world “good” and “evil” are mere lessons. 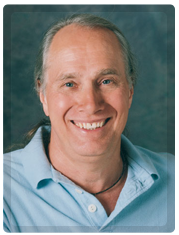 The Drunvalo Melchizedek name as a “mission statement” (at this particular point of time as a cycle juncture) signifies the positive pro-evolution consciousness. Which is trying to spread in a world of transition/transformation by finding various ways to get as many spirits as possible through to the next level of consciousness. Due to some special events (which took place in 1972), the Dark Brotherhood sent in our world 4 additional members (arriving from the Orion star system). While the White Brotherhood sent 4 of their own to balance this act – and Drunvalo is one of the four “good guys”. He was chosen because of his Melchizedek Order experience in the 13th-dimensional realm where he’s been for about 10 billion Earth years, without any awareness of the polarity consciousness – and he was dispatched here because of “his innocence”.

Drunvalo wasn’t born as Drunvalo Melchizedek. He (as a spirit/idea) took the body of Bernard Perona on April 10, 1972. It was all done by agreement, and as Drunvalo says, the other guy was given “something very special” in return for the favor (though he didn’t specify what it was). These acts are better known as “walk-ins” (also as “aspect shifts” and “overlays“) when a higher consciousness level spirit “desperately” needs to incarnate into an adult body at a very specific moment.

Many people describe Drunvalo as a warm feeling of pure love, peace, ease, balance. He is definitely a unique person. I believe in our contemporary world there are many higher-dimensional beings (you can call them aliens if you like) on different assignments, and all of them had to sacrifice their ultimate blissful existence in higher worlds to descend and do their job – here and now. After the incarnation, the most important thing is to remember, and Drunvalo says that’s his role here and now – to help you to remember, to connect with your inner self so you could stop seeking out the “truths of others” in the huge pile of theories and ideas, countless possibilities and questionable agendas. Once you know who you really are, you’re no longer in need of anyone to teach you anything. And that is so true!

Now you know who is Drunvalo Melchizedek – according to Drunvalo himself. He speaks of Sirians, of consciousness/mind control, of free will choices granted to a limited number of humans. In addition to, a brighter future for humanity when it will be absolutely free to make its own choices. And there’s no doubt about it – he’s one of the pleasantly special people of our “time of times”, on a mission, serving higher goals. He definitely knows more than he tells (it’s like a spiritual rule) and he is still here doing what he has to do.

When a TV ad tells you “you are special and you live in a special time” it means only one thing – “feel special as long as you buy it”. When Drunvalo speaks these same words to you, there are only three possible reactions. 1) You feel oneness by forgetting about “their hugely big lies” and “my very big truth”. 2) You go along with the idea of “New Age Religion” secret societies agendas. 3) It’s one of the moments when you just feel nicely happy, surrounded by warmth and calmness, no lies, no foes.

Well, it’s always up to you to decide (free choice, huh?) where is the lie, and who is the liar, and why is the rising price of your well-being insurance coverage always reported as good news! It could be beneficial for a person to try not to be positive or negative, but to be grateful – to all special people of our special time! Because it’s always about you – in this world, it’s only about you! Learn to be you! Be you!